The federal health insurance exchanges launched in 2013 to a modestly encouraging but tepid insurer response.  Anxious at the prospect of developing consumer insurance products to be sold through a relatively untested channel and targeted at a challenging demographic, many large insurers adopted a wait and see approach.  While the marketplaces exceeded enrollment targets and enabled millions of Americans to purchase insurance, consumers in many markets faced limited options.  In several states, such as New Hampshire, Mississippi, and Rhode Island, only one or two insurers participated on the exchanges. 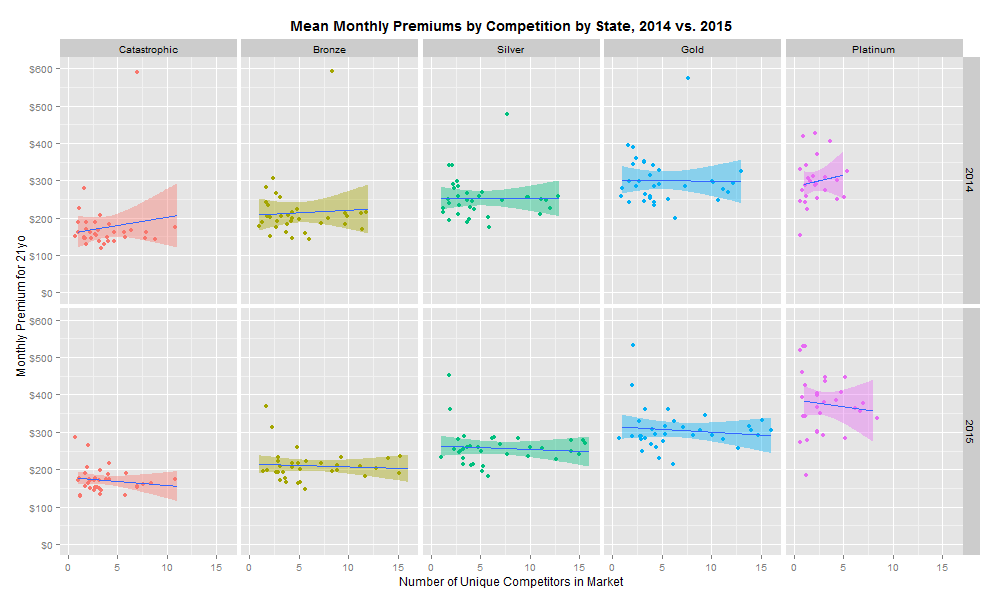 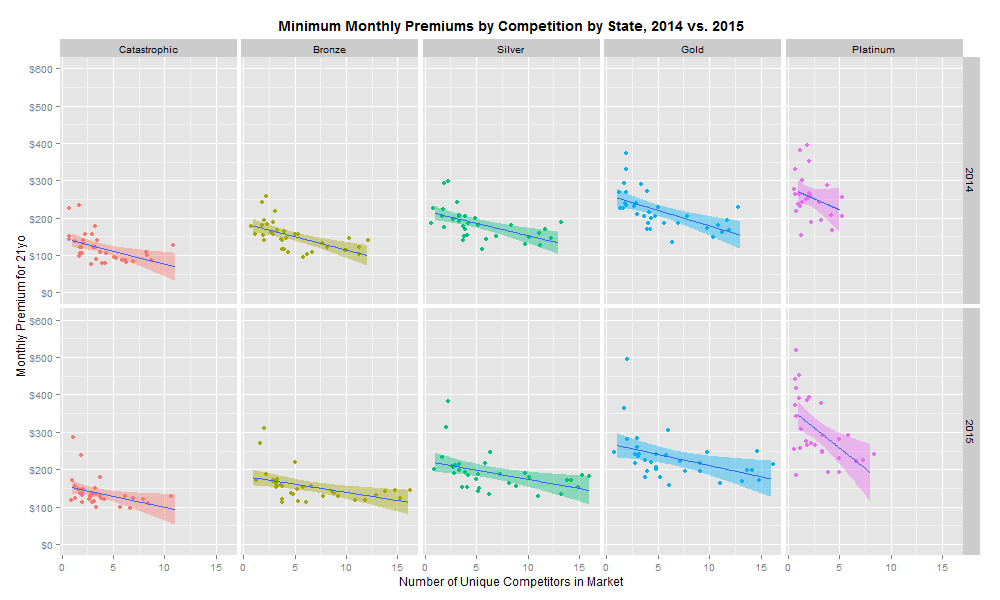 There is a significant negative relationship between increased competition and health insurance premiums for all coverage levels in 2014 and 2015.  The regression model (collapsing 2014 and 2015 rates) suggests that each incremental market entrant corresponds to a 3.4% reduction in monthly premiums. Moreover, this trend continued as more entrants entered the market in 2015.  However, linear regressions by year suggest that the size of the competition relationship is decreasing: the effect of an incremental insurer on premiums was -3.7% in 2014 and -3.1% in 2015.

A variety of potential factors could explain this pattern:

These are some plausible factors that may contribute to the observed patterns, and it is important to not read too closely into such a simple analysis.  The key challenge behind this dynamic is that the nature of price competition is still predominantly volume-based and not value-based.  In other words, insurers in this market reduce costs by leveraging the number of patient lives they have to obtain discounts from providers, and not by fundamentally changing the incentive structures to reward cost effective improvements in patient outcomes.  Only through the proper alignment of reimbursement with outcomes will our system be able to drive the transformative reduction in total costs and improvements in patient care.